This past spring a request was brought to Mr. Parris and the school board to play the national anthem at our home sporting events.  During the past six months the board has prayed, questioned, and listened to thoughts and concerns about this request.  The decision has been made to play the national anthem at select athletic events.  In playing this we recognize with deep gratitude to God our freedoms and those who have sacrificed for them, mindful that our ultimate citizenship is in heaven alongside believers “From every tribe, tongue, people, and nation” Revelation 5:9.  The national anthem will first be performed this year at the Cougar Classic prior to the CCS girls' basketball game. All the teams participating in the Cougar Classic and our parents will be invited to be present for the anthem and a prayer of dedication on our basketball season.

On another note, thank you to all who come and cheer for Cougar athletes throughout the year.  A couple of reminders in reference to safety and encouragement: 1) Parents, please remember that you are responsible for your children during the event.  Children should not be allowed to roam the campus.  2) Fans are to encourage the play of the athletes and not to demonstrate any negative cheering.  CCS has begun to read a Fan Code of Conduct prior to games as a reminder to us all how we should act as spectators. Please encourage those cheering near you to be positive.

The Athletic Director's View - Why Is the Cougar Athletic Program Special?

Over the years (19 to be exact) I have had the opportunity to attend approximately 1500 athletic events.  A dozen or two have specific memories attached to them while the remaining tend to blur together over the years.  No matter if it is a playoff game or a regular season contest, there are some things about Cougar athletics that I find to be both unique and special to our community.  Below you will find my top 5 reasons why Cougar athletics are special.  If you find time in the upcoming week or two, please let me know what makes Cougar athletics special to you.
5 Fresh Cut Fries and other great food at home games – If you have not been to one of our home varsity soccer games, it is time to see what it’s like.  The Cougar Den is the snack stand organized and run by the Athletic Booster Club and parent volunteers.
4 Conestoga Athletic Booster Club – The athletic boosters not only organize and provide the snacks, but the money raised goes into the athletic program to help alleviate the costs of athletics for parents and students.
3 Tournaments – CCS hosts three tournaments a year: The Cougar Invitational, The Cougar Hoops Shootout, and the Cougar Classic.  Each of these tournaments has been filled with laughter, cheering, and excitement on a regular basis.
2 Supportive Fans – The sound of fans cheering, chanting, and/or singing in unison in support of our student athletes is amazing.
1 Friday Night Lights – I guess that since this is my number 1, it is pretty obvious that I am the soccer coach.  We are truly blessed to be able to watch, play in, or coach at a location with such a phenomenal view.  A picture that is forever etched in my memory is the view from atop the soccer field looking out over the south mountain in late September or early October as the leaves are changing and the sun is setting.  Fans wait in anticipation for the action to come as players make their way onto the field in preparation for the night’s event.


If you have not had the opportunity to come out and support the CCS teams, check the schedule HERE for an event coming soon.
Posted by Phil Yoder at 9:38 PM No comments:

The 2016-17 school year is fast approaching; please make sure your athlete has all of the necessary forms completed and to the school office by August 8, 2016.  Below you will find a list of items needed to make sure you and your athlete are prepared.

If you have questions after watching the video, email Mr. Yoder at phil.yoder@conestogachristian.net.

**CCS is in need of a middle school boys' soccer coach.  If you or anyone you know is interested, please contact Phil Yoder.
Posted by Phil Yoder at 7:55 AM No comments: 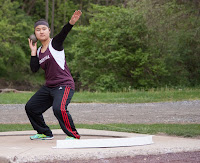 Posted by Phil Yoder at 3:17 PM No comments: 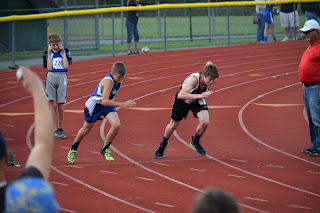 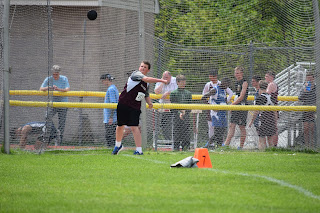 COUGAR BASEBALL HAVING A HISTORIC SEASON

Only three short years ago Conestoga Christian fielded a baseball team for the first time.  Much growth has taken place during this short time.  Not only have the Cougars finished the regular season with a record of 8-4, but they qualified for CCAC and PIAA District 3 play-offs.  On Monday the boys lost a heart breaker in the bottom of the 8th inning to Christian School of York in the first round of CCAC play-offs.  Trailing by two and heading into their last at bat, CCS scored two runs to tie the game.  In the top of the eighth inning CCS scored another two, taking their first lead of the game. That lead was short lived as CSY put three runs on the board and won by a score of 5 - 4.

On Monday, May 23, the boys will play in the quarter-finals of District 3 play-offs vs. Christian School of York at In The Net Sports in Palmyra.  Game time is 4:00PM.  Entrance fee for the game is set by District 3 and is $4 for students and $6 for Adults. 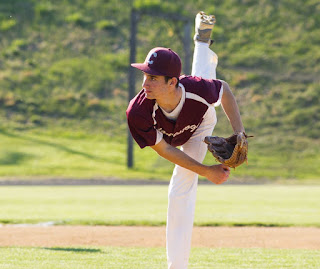 Posted by Phil Yoder at 1:02 PM No comments:

Middle School Basketball Teams Each End Season with a Win!


On Friday, February 5, 2016, the Middle School boys and girls varsity teams hosted the third annual Conestoga Hoops Shootout.  The teams involved in the tournament were LMS-Hershey, Dayspring Christian, and Linville Hill Mennonite.  This one-day tournament had a fantastic environment with bleachers full of athletes, parents, and spectators each cheering for their teams.

The tournament kicked off with CCS girls facing LMS-Hershey.  The Cougars jumped out to an early lead and never looked back, winning 16-10.  This game was followed by the CCS boys and LMS-Hershey boys.  Conestoga's athleticism and experience proved to be overpowering, and the Cougars ran away with a 48-12 victory.  With these victories, both team advanced to the championship games to conclude the evening.

In the championship game the girls' opponent was Linville Hill.  The score in this game went back and forth the entire game with the Cougars coming out on top 14-12.  This was the first time the girls have won the Shootout.  The girls were led by Montana Schwinn and Alexis Kohler, who were both selected to the all-tournament team.

The final game of the night kept everyone on their seats as the CCS boys found themselves down two points with less than a minute to play in the game.  Colin Weaver made a nice pass to Conrad Yoder in the corner, and he drained a three pointer to take the lead.  The teams exchanged free throws, and the Cougars finished the season as the Shootout champions, 22-21.  The Cougars were led by all-tournament team members Riley Watkins, who finished the tournament with 14 points, and Conrad Yoder, who ended the tournament with 21 points.
The Middle School Boys JV team traveled to LMS-Kraybill on Saturday, Feburary 13, to play their final games of the season.  The day started with some excitement as Garrett Watkins sent the first game into overtime, scoring with just two seconds remaining in the game.  The boys lost in overtime but went on to win their next four games, including a thriller with tournament runner-up Lititz Area Mennonite.  In that game Matt Brantzeg made two free throws with three seconds remaining to win the game.  Matt made five out of six free throws in the game.  Going into their final game, the Cougars needed a win over the host team to finish as champions.  After a nervous start, the boys held LMS-Kraybill to just five points for the game to clinch the championship.  Coach Lapp commented following the game, "I am proud of how the team responded to a crushing loss to start the day, to win four in a row with every player contributing.  The team showed great determination and spirit."  While all-tournament awards were not given, the team agreed that Matt Brantzeg was the unofficial MVP for the tournament.

Cougar basketball teams have reached the midway point in their season.  The season started off with the Cougar Classic, and there have been a lot of away games in early January.  The good news is that there are five remaining home games for the varsity teams; each is a CCAC – East division match up.  The middle school “A” teams play their final six games at home and conclude their season with the Cougar Hoops Shootout on February 5. The boys “B” team will conclude with a tournament on February 13 at Kraybill Mennonite.

Highlights:
The varsity boys' team enters their game vs. LCCS tomorrow having won three of their last four games.  LCCS will be a tough opponent as the Cougars lost to the Lions in the early season match up.  The Cougars have found success with good defense and balanced scoring.  Blake Greenly commented after a recent road win at Lititz, “Winning on a big night (homecoming) at their court gives us a lot of confidence going forward to beat any team in the CCAC.”  While the boys have tasted success, they still press to improve.  When asked about areas the team can still improve at, Greenly stated, “We still want to improve on the defensive end of the floor.”

Come and cheer the Cougars on to victory.
Posted by Phil Yoder at 11:58 AM No comments: